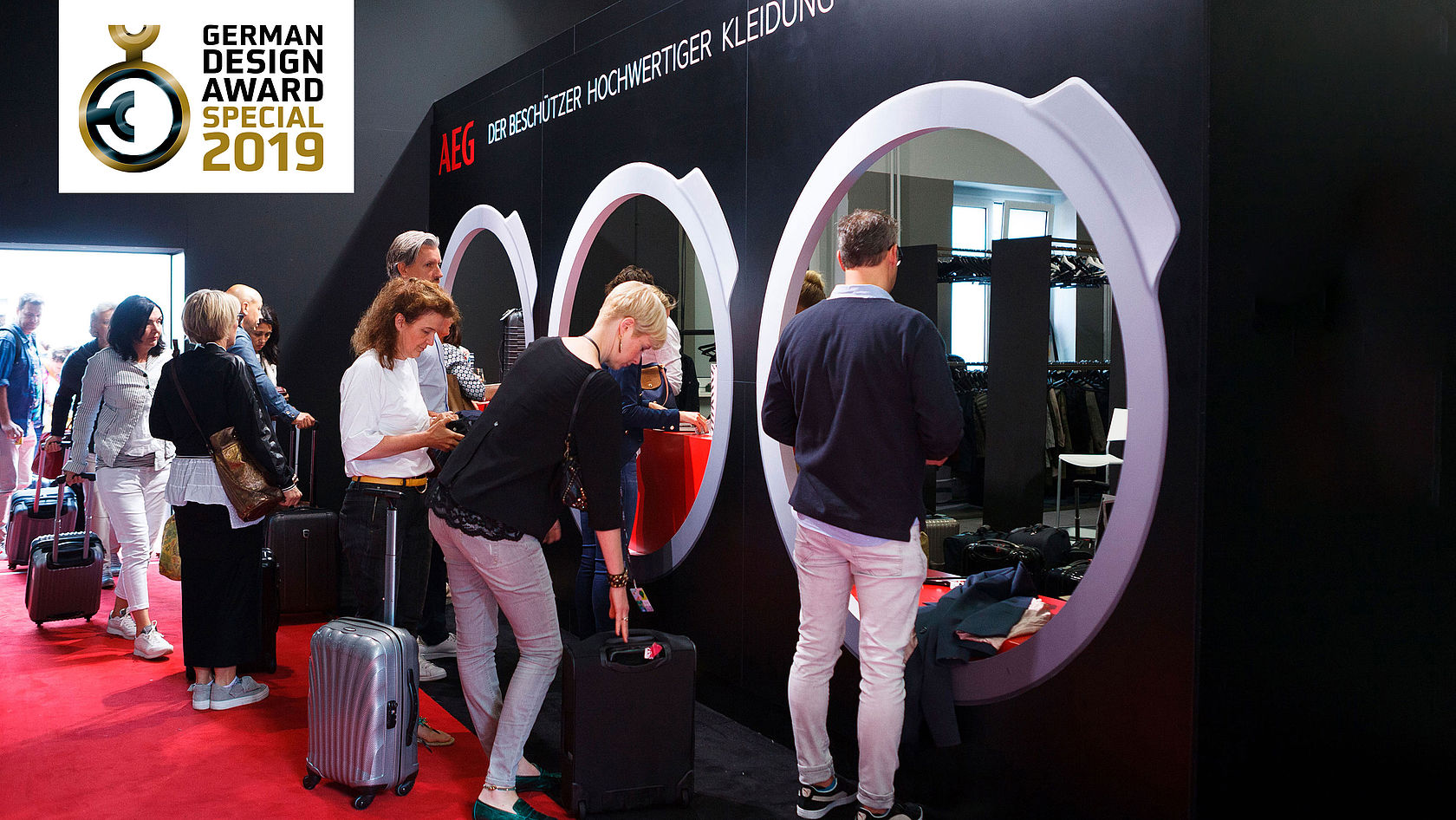 AEG 9000 series washing machines were presented in the midst of a true high-profile event: at the PREMIUM international trade fair for high fashion that took place during Berlin Fashion Week.

In accordance with the campaign motto "AEG – the protector of high-quality clothing", the cloakroom of the trade fair was designed by the Nuremberg agency Bloom as a showroom, which made the product benefit to visitors in a striking way.

The focal point of the showroom was the cloak room, which was designed to look like a colossal washing machine drum visitors could pass their coats through – which meant they had to entrust their garments to the AEG washing machine, as it were.

An additional highlight: washing machines adorned with showcases presented premium designer fashion pieces that had been washed several times with the 9000 series machines – also an impressive way to demonstrate the USP.

This is what the jury had to say about their decision: “The idea of using the washing machine door as a window to the cloakroom is as simple as it is brilliant. And the perfectly placed showcases with designer pieces that had already been washed several times (...) were real and very impactful eye-catchers.”

We’re happy to hear that.