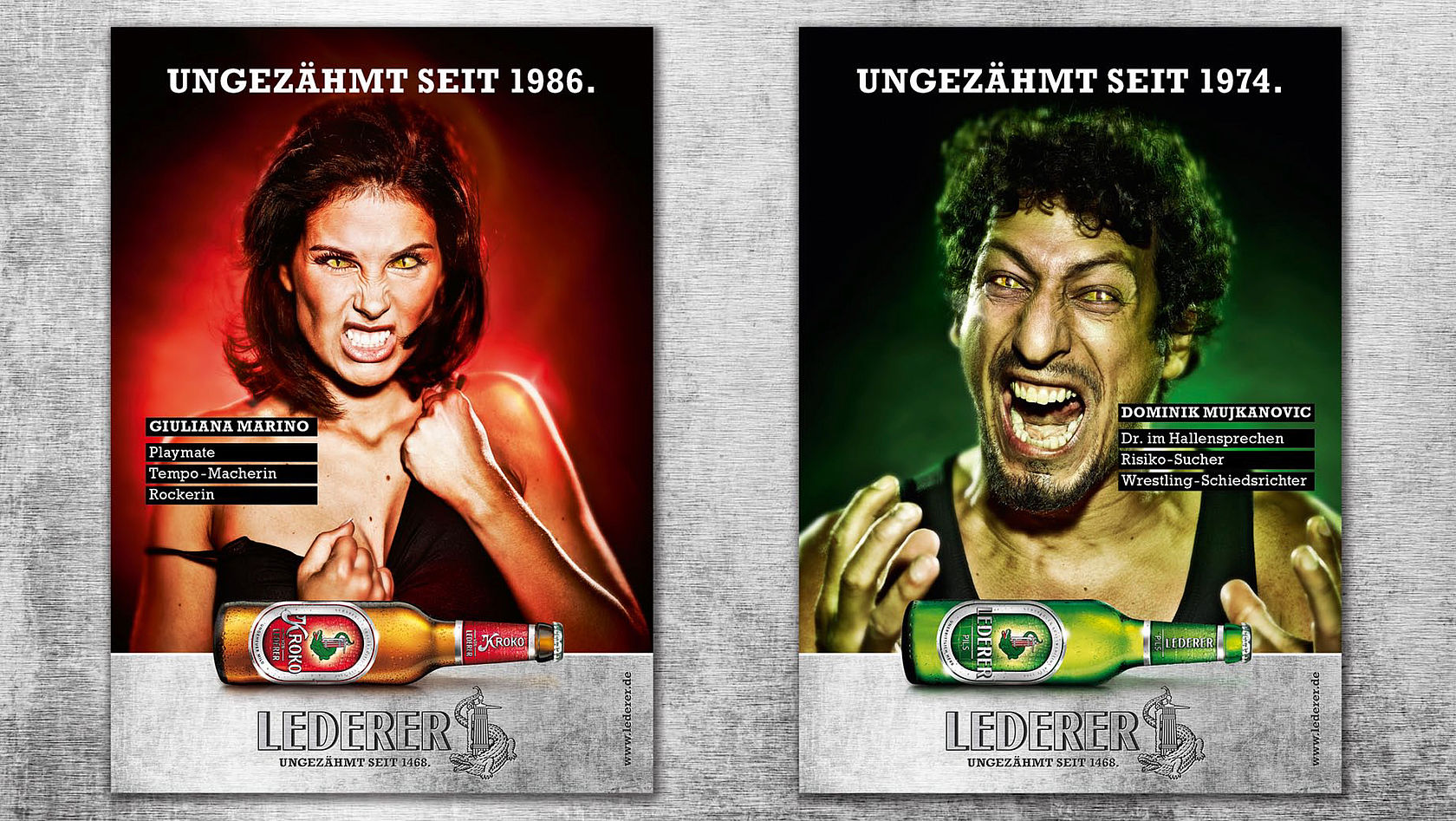 Our client Lederer offered the Bloom strategic agency from Nuremberg the beautiful task of developing a complete all-round package for the repositioning of the Nuremberg-based brand. Besides the development of a tagline and visuals we also had the chance to design a label for Lederer Pils and Lederer Light Crocodile. And because we always get bored so quickly, we also added a testimonial campaign to the mix. Those are the facts – now let’s get to the really interesting part.

The tradition of Lederer stands for a very specific way of life, best described as independent, nonconformist, trend-resistant and determined. Or in short: Lederer was, is, and will remain untamed! The new tagline “Untamed since 1468” was pretty obvious and now just had to find its visual expression. For this purpose, the Bloom communication agency used an image of the brewery’s trademark, a crocodile, erupting powerfully from a bottle.

The crocodile suitably represents the wild and uncompromising character of Lederer beer. With Lederer you can go your own way and follow your own rules, without allowing yourself to be restricted by conventions or swayed by current trends. And last but not least, you can prove yourself as a true connoisseur who is not afraid of the honest, bitter taste of beer.

The repositioning was an all-round success for Lederer. It was also a great success for Bloom where the reward was duly paid in awards. The "Untamed" campaign was the top submission in communication design at this year's iF awards. It called for an extra round of beer when we heard the subsequent news about our distinction as industry-best in Year of Advertising. In the alcoholic beverages (B2C) category, Bloom landed first place and can now add another prestigious award to the list. And, of course, we're proud to do so!